September – Things I Was Doing … in the Hurricane!

I’m thankful that myself and friends (I have no family here in Florida) are all safe, minor damage to some of my friends homes – but nothing compared to others. San Juan has been basically blown off the map. Things have gotten so bad there – you can’t even send money to help family members because there is no service yet, no banks (everything is what’s there is there) and looting is happening.

Beside all the stress, I learned a lot during this situation and I’d like to share this with you.

The media (who depends on you watching) needs to create a reason to get you to watch them. So, making something bigger than it may need to be, is good for ratings because it makes us watch them. Now, not being in Florida for many hurricanes, I have to fall back on to my long time Florida friends for this one. Each time I would call people they would say “Jennifer, nothing is going to happen here – the media always sensationalizes it for ratings, and nothing happens”. However, something DID happen. THIS is why people don’t leave when there are warnings. It’s like the little boy who cried wolf … one day a wolf really DOES show up and no one believes the little boy. That’s the one side of how people are when hurricanes are announced and this is why people don’t evacuate when told or highly suggested to do so. People become complacent.

The other side of the coin, the side I was partially on … the fear side. That’s right, in my mind this hurricane couldn’t be predicted. It’s the biggest one forming in the Atlantic in recorded history. If this has never been recorded, you can’t tell me what it will or will not do because IT’S NEVER BEEN RECORDED. So I left.

I decided it would be a great time to visit family and check on my rental property in another state. This is a road trip I take often – so I have my points to stop and rest as well as the whole drive mapped out. What normally took me between 8.5-9 hours to drive, took me 18 hours to drive. Yes. Eighteen hours. one. eight. It was miserable to drive 10-20 mph for hundreds of miles. Stop. Go. 15 miles for 600 feet, then stop, go … you get the idea.

Then there was the gas issue. There was no gas on many of the off ramp cities. If there was gas, the lines at each gas tank, out the gas station lot, onto the road and out onto the freeway. To curb issues with people and keep order, police cars were stationed at these locations both on the freeway and at the gas stations. It was a mess.

Here is what i learned about the fear side… fear keeps you from not seeing other opportunities. All those people that stopped at that gas station with the long lines may have not needed to do so. I get that when you’ve been on the road, unsure of what is up ahead and for that moment, right now, you KNOW there is gas for your car, a bathroom for your family and food if needed. Taking a chance that something better is up ahead is a risky fearful idea. But there WAS something up ahead. I went beyond my fear of not having gas and moved on to the next off ramp with gas. It wasn’t far, it had lines (nothing like the first one with gas behind me) but the off ramp was not a pile up. Fighting the urge to stop even at the first gas station in the city like everyone else, I KNEW there had to be more gas stations. So I drove down the street to guess what … another gas station. It had no lines and I pulled right up to a tank, filled up, bought water and went on with my journey. As I got back on the freeway, I saw all those people still waiting at the first gas station by the off ramp. I used this procedure successfully at the next 2 places I needed to get gas.

Fear makes people not be open to other possibilities.

While I stopped at 2 of the gas locations, I experienced another notable situation. Other people were noticing and realizing all the Florida license plates. Gas stations actually had banners saying “Welcome evacuees, free coffee with a fill up”. People from Georgia and Alabama were the nicest that I found. Instead of complaining of all the new traffic, they were asking if anyone needed help. One women in Georgia made it her mission to walk up to every car with a FL plate to let them know of her churches shelter nearby if needed. It was also the first time I realized, my license plates were also a big target. Yes, people are nice – but experience has taught me that not all people are out there for your highest good in these situations. At the time, these little questions of concern from strangers were comforting and really did give me a sense of unity. A sense of unity is nice when we live in a country right now that doesn’t seem to be unified.

All in all, I’m glad I left if only to make sure I had electricity for my business. I’m glad a learned a bit more about myself and people. I wish it hadn’t taken an 18 hour journey at an average of 20mph to have these insights, but I did have a good book to listen to.

And here is the book:
So what did I do on my “road trip” away from Hurricane Irma – this is the book that kept me occupied. “I Can’t Make This Stuff Up” by Kevin Hart. It’s fun, has some great business tips and just kept me going on my journey. 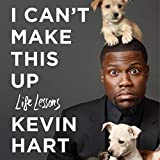 About the Author: Jennifer 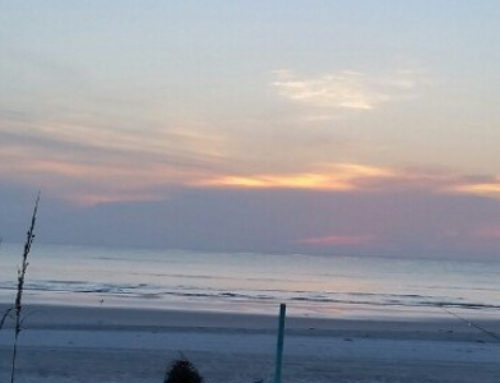 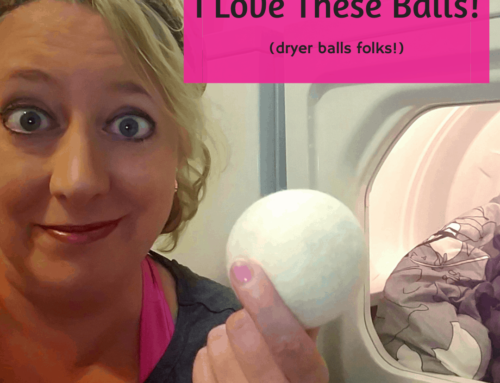 I Love These Balls! Gallery

I Love These Balls!

Creativity Should Inspire You!

Creativity Should Inspire You!

October – Things I Was Doing In California!

October – Things I Was Doing In California!